Andover NH Man Arrested After a Report of a Rolling Domestic

On August 27, 2016 at 5:30 pm, Hooksett Police responded to West River Rd., for a reported rolling domestic. The reporting party was traveling north behind a Toyota RAV4 when he witnessed the male operator hitting the female passenger.  Officers located the suspect vehicle parked on Riverside Dr., at Robie’s County Store.  The male operator was identified as: An on scene investigation revealed Raymond and his girlfriend began arguing at the Regal Cinema, in Hooksett, over a text message. When Raymond’s girlfriend refused to get in the vehicle he picked her up and physically put her in passenger’s seat.  As they traveled north on West River Rd., Raymond took his girlfriend’s phone and slapped her leg.  No medical attention was required.  Raymond was arrested and charged with false imprisonment, two counts of domestic violence related simple assault and two counts of simple assault. Raymond was released on $6,000 personal recognizance bail and ordered to appear before the 6th Circuit Court in Hooksett on August 29, 2016. 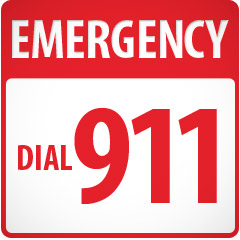